Looking for a BMW 3 Series F30 stripping for spares? FIND YOUR PARTS

Looking for quality used BMW F30 spares? Look no further than BM Scrapyard! We source used BMW spare parts from accident damage vehicles and offer them to you at a fraction of the price of new parts, but without compromising on quality.

Simply complete our online enquiry form and we’ll put you in touch with one of our network of BMW scrapyards in South Africa. With BM Scrapyard, you can rest assured that you’re getting the best quality used parts on the market – so why pay more elsewhere? Get in touch with us today!

Where We Source Our BMW 3 Series F30 spares

BM Scrapyard sources its BMW F30 spares from accident damage vehicles. This ensures that the parts we sell are of the highest quality, as they’re effectively ‘as good as new’. We understand that many people are wary of buying used parts, but rest assured that when you buy from BM Scrapyard you’re getting the best quality parts on the market.

The new BMW 3 series made its home market debut on May 7, 2015 at a special event in Munich. The model is the first planned restyling of the sixth generation, which was released back in 2011. It received a seriously modernized filling, a redrawn interior, and a slightly retouched appearance.

It is quite difficult to distinguish a novelty from its predecessor, innovations cannot be called global. First of all, I would like to note the new, all-LED headlight optics, with several focusing lenses and elegant daytime running lights.

A large air intake catches the eye, covered with a fine mesh with hexagonal cells. On the sides of it are angular cutouts with round blocks of fog lamps. Overall, the model received some nice cosmetic changes that perfectly emphasized its strengths.

The clearance of the model is slightly lower than usual – 140 millimeters. Slightly reduced ground clearance, coupled with the classic layout, gives the car a good balance of mass along the axes, perfect for an active driving style. Treshka superb road holding, can take turns in a controlled skid and maintains excellent stability, even at high speeds.

As for the suspension itself, it has a completely independent architecture. Front McPherson struts and rear multi-link. In the top versions, you can find a system with adaptive struts that allow you to change the stiffness of the shock absorbers.

In the domestic market, the model will be presented with six different engines, manual and automatic transmissions, as well as rear or all-wheel drive. Thanks to the widest list of alternative units, the model becomes truly universal and is able to satisfy most of the needs of a sophisticated buyer.

The basic versions of the BMW 3 series are equipped with a 1.5-liter in-line three-cylinder turbocharged petrol unit. It was previously installed on the Mini Cooper and develops 136 horsepower.

Depending on the gearbox, such a motor is capable of accelerating the car to one hundred kilometers per hour in 8.9-9.1 seconds and consumes about 5.4-5.5 liters of gasoline per hundred in a combined driving cycle.

The next group includes modifications with two-liter in-line fours. They give out 184 or 249 horsepower and are equipped with any type of drive. On average, acceleration to a hundred takes 7.2-7.6 for the normal and 5.8 seconds for the forced version. Fuel consumption is quite democratic – 5.8-6.2 liters per hundred kilometers under the same conditions.

The most powerful engine in our market is a 326-horse inline-six. It is equipped exclusively with automatic transmissions and an all-wheel drive system. With such a herd under the hood, the sedan breaks down to 100 km / h in 4.9-5 seconds and consumes 7.3-7.9 liters in the combined cycle. 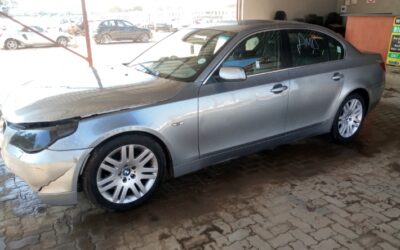 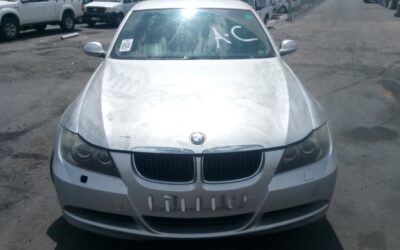